Today we celebrate the Birthday of Sir Harold Delf Gillies

On 17 June we celebrate the Birthday of Sir Harold Delf Gillies, the founder of our Association. He is the first president and widely considered to be the “father” of British Plastic Surgery.
Gillies was a surgical pioneer in many respects, revolutionising the care and rehabilitation of servicemen injured during the two world wars. He advocated a holistic approach in supporting disfigured veterans to become functioning members of society again. He was early in adopting and significantly developed an early flap-based method of soft tissue reconstruction, known as the “tube pedicle”. He applied the principles of this flap, and his concept of psychological rehabilitation to breast reconstruction. He was one of the first to advocate breast reconstruction, against the grain of prevailing surgical opinion. An example of Gillies’ reconstructions using the tube pedicle flap method is depicted in the illustration (here)which appears in his textbook Plastic Surgery of the Face, published in 1920.?  Gillies’ lecture and breast reconstruction flap techniques are featured in a display on 4th floor of College. 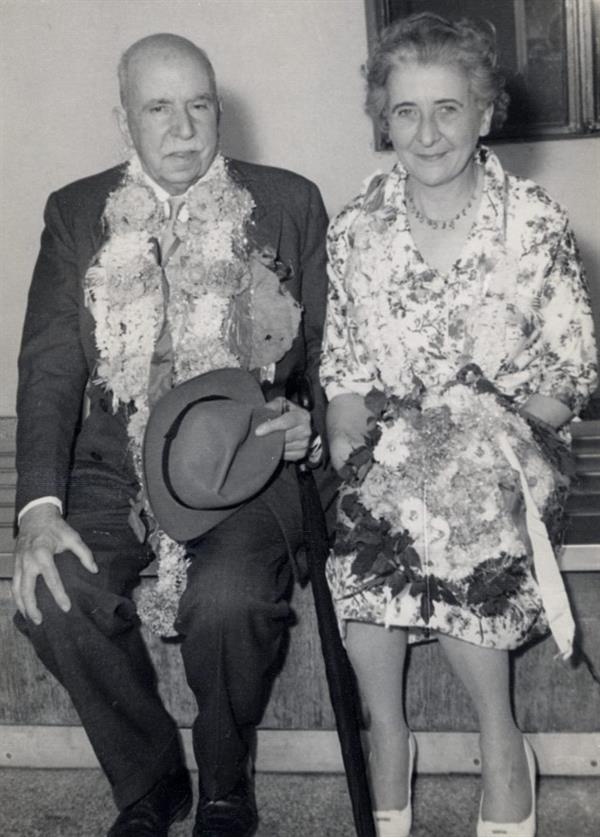 Image from Gillies’ Plastic Surgery of the Face; Gillies and his wife, Margaret during travels to India in later life.