40 years since the end of the Falklands conflict

This month marks 40 years since the end of the Falklands conflict. Military Plastic surgeons played a pivotal role in the management of servicemen injured during the Falklands conflict from April to June 1982. The Hospital ship, Uganda received some of the most severely wounded, particularly following the Exocet missile attacks on ships including the RFA Sir Galahad and Sir Tristram. 48 were killed and 115 wounded in this attack alone, many of the troops being horribly burnt. Surgeons set up a burns unit within the ship where the temporary operating suite was constructed on the old dance floor. Many procedures were undertaken, such as skin grafting for early management of burns and devastating blast injuries, for which plastic surgery is uniquely specialised. 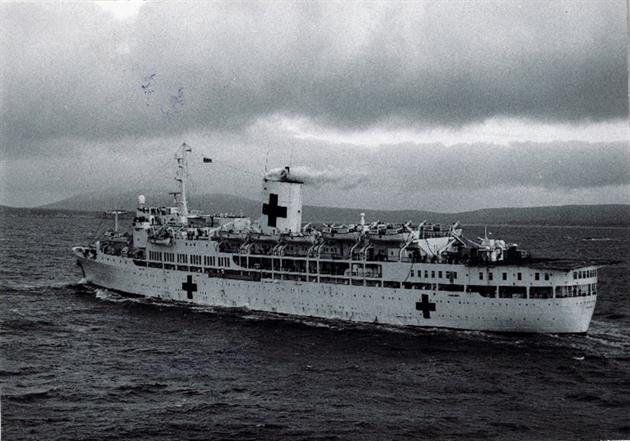 The BAPRAS Collection contains some engaging images of the medical and surgical facilities during this conflict, particularly that of SS Uganda. We also have a fascinating account from a Marine who served in the conflict.  He testifies to the many obstacles and challenging situations faced by medical teams due to the nature of the terrain and the events of the war. 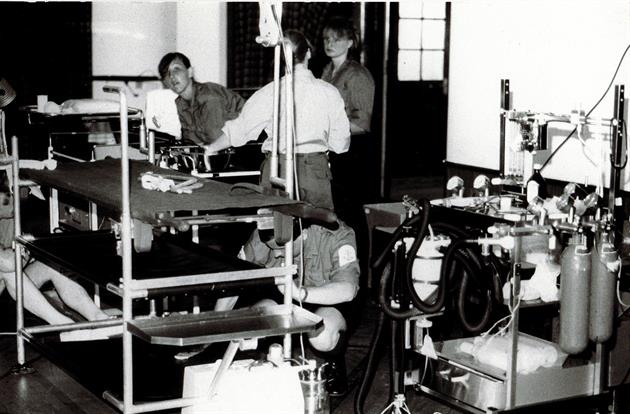 BAPRAS recognises the important role played by plastic surgeons during this conflict and would like to improve our record of their contribution.  The BAPRAS Collection would like to get in touch with anyone who served in the Falklands, or has some connection to the medical service delivered there.  We would like to explore any stories, accounts, photos or equipment from this conflict. 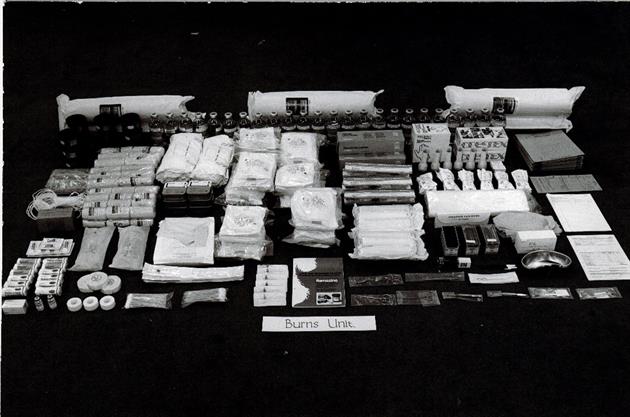 If you would like to see more images from the Collection or read some of articles in the Archive then please email collection@bapras.org.uk, or visit the BAPRAS office on 4th floor in College.

Featured are images from the Collection, they show the SS Uganda, the dancefloor operating theatre and a snapshot of some of the equipment needed by the Burns Unit on board.