Winner of 'Best Poster Prize', Hemant Kumar and 'Most Impressive Surgical Skills' Winner, Manal Patel have kindly agreed to share their thoughts on the recent BAPRAS Undergraduate Day in Birmingham on 7 March. Read their summaries in full below and find out what medical students could gain from attending in the future.

The programme for the day consisted of 4 sessions of talks, covering various different aspects of plastic surgery to both challenge previously held misconceptions and reveal some unknowns. The first session began with a talk to introduce the speciality and its historical roots, which was given by Mr. Dean Boyce, BAPRAS Chair of Education. This was followed by talks to highlight the myths and realities of the career, and how delegates can get onto the training pathway. The rest of the day was focused on giving delegates a flavour of the different sub-specialities available in the field. The first session was concluded with Mr. James Baden giving a talk about military surgery and Miss. Yvonne Wilson giving an insight into burns surgery. 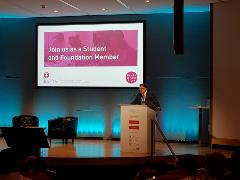 Mr. Dean Boyce on hand surgery and Miss. Ruth Waters on breast surgery. After the lunch break, Mr. Wilson Jones began the third session by touching on paediatric plastic surgery, which was then taken further by Mr. Hiroshi Nishikawa who focussed on cleft and craniofacial surgery. Last but not least, Mr. Mark Henley gave a talk on Aesthetics and its place in a plastic surgeon’s career. There was a wide range of sub-specialities that were covered during the course of the day, which has undeniably broadened my understanding of the field. It was an amazing opportunity to learn about these fields from pioneering surgeons that are on the cutting-edge.


Other talks included those focusing on the importance of research in plastic surgery, and how to get involved via organisations such as PLASTA (Plastic Surgery Trainees Association) and RTSN (Reconstructive Trials Network). One particularly useful aspect of the day was the student elective presentations; 3 students who had successfully applied for the BAPRAS Elective Bursary talked about their experiences and reflections. There was also an opportunity for delegates to ask questions about their own elective-planning.


During the refreshment and lunch breaks, delegates were given the opportunity to present their posters to judges and other students. This is great for those who want to showcase their research, and those who want to learn from others’ endeavours. I was very fortunate to get awarded the best poster prize, for my research looking into the ‘Outcomes after Microvascular Free Tissue Transfer, and Subsequent Re-exploration Procedures’. 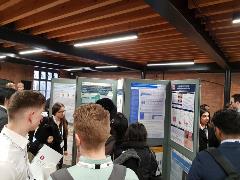 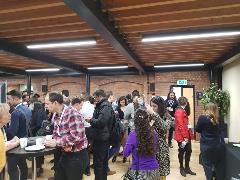 In summary, the undergraduate day was very well organised and gave delegates a real flavour of what Plastic and Reconstructive Surgery has to offer. It is something I would definitely recommend to anyone aspiring to become a plastic surgeon, or those who want to explore the surgical field.


During this one-day national event open to all medical students, delegates were able to learn about key aspects at the heart of plastic surgery, receive advice about career pathways and learn core plastic surgery techniques in surgical workshops.


In the following sessions, students were able to learn the great scope of work encompassing the specialty. This included Military Plastics Major Trauma in which we heard from Mr James Baden and Mr Demetrius Evrivades about the integral role of Plastic Surgeons in multidisciplinary teams in improving outcomes and reducing lengths of hospital stay. I was particularly intrigued to hear about a particular technique described as a ‘fillet of sole’ flap for lower leg amputation coverage in preserving sensation and reducing incidence of ‘phantom limb’. 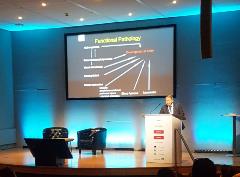 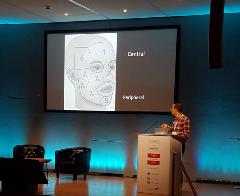 As well as this, we also heard some captivating talks on Burns, Head and Neck, Breast, Aesthetic, Hand, Cleft and Paediatric Plastic Surgery. In particular, we learnt about the importance of the hand has a prehensile tool and the consideration of function over form when managing children with congenital hand abnormalities. We were also able to appreciate the enormous impact that Plastic Surgeons can have on a paediatric patient with Crouzon’s syndrome.


In addition to all the excellent speakers, delegates were able to participate in a surgical skills workshop, where we were able to learn skills from basic interrupted sutures to designing Z-plasties and bilobed flaps in a fun and friendly environment, with teaching from trainees who were able to impart their invaluable knowledge and skills. There was a prize for ‘best surgical skills’ as judged by the trainees which I was honoured to receive. 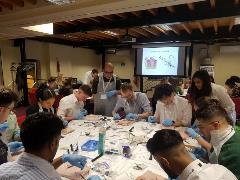 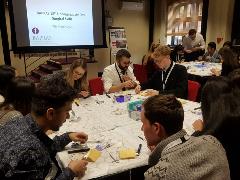 Other talks during the day included that from Mr Ojas Pujji who discussed how the Reconstructive Surgery Trials Network is enabling large-scale multicentre research in Plastic Surgery and the exciting opportunities there are to get involved with this. We also heard about the new work of PLASTA, the Plastic Surgery Trainees Association and their engagement with trainees at all stages of training, from medical students to registrars.


To conclude the day, three students shared their experience of Plastic Surgery on their medical electives in Taiwan, Singapore, India and Brunei. It was a great opportunity to hear about how to plan a Plastic Surgery elective and the scope of opportunities that are available.